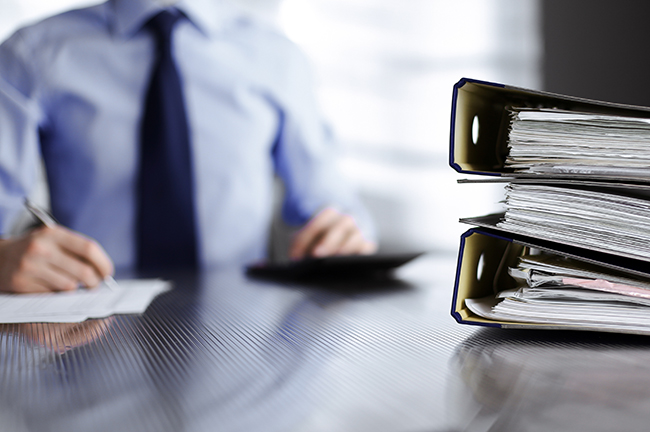 The Canadian tax system is a “self-assessing system” which relies heavily on the voluntary co-operation of taxpayers. Canadians are expected (in fact, in most cases, required), to complete and file a tax return each spring, reporting income from all sources, calculating the amount of tax owed, and remitting that amount to the federal government by a specified deadline.

While it’s doubtful that many Canadians approach the task with any degree of enthusiasm, the fact is that millions of Canadians do sit down each spring to complete their annual tax return for the previous calendar year (or more often, they pay someone else to do it for them). Although the rate of compliance among Canadian taxpayers is very high — for the last filing season, just under 30 million individual income tax returns were filed with the Canada Revenue Agency (CRA) — there are, inevitably, those who do not file or pay on time.

There are a lot of reasons why individual Canadians don’t file their returns or pay their taxes on a timely basis, and almost all of them are based on a lack of understanding of how our tax system works, or on incorrect information about that system.

Some taxpayers don’t file because they believe that there’s no requirement to do so if they don’t owe anything and aren’t expecting a refund. While that can be true, it is also necessary to file in order to receive a number of income-tested tax credits and benefits, including the harmonized sales tax (HST) credit, the Canada Child Benefit, and a range of provincial tax credits. Those who don’t file cannot have their eligibility for such credits determined and, therefore, no credits can be paid to them.

Others don’t file because they have a balance owing but don’t have the funds to pay that balance on filing. That, too, is the wrong approach, as anyone who owes taxes but doesn’t file a return by the filing deadline gets hit with an immediate penalty of at least 5% of the outstanding amount owed. In such circumstances, the right approach is to file on time and to contact the CRA in order to come to an agreement on a payment arrangement over time. Finally, there is a persistent (and completely false) tax myth that has been circulating for decades, that the federal government does not have the legal right to collect taxes, and every year some taxpayers fall victim to someone peddling that myth.

There are also a number of Canadians who file returns in which income amounts are underreported and/or deductions or credits to which that taxpayer is not entitled are claimed. While the overall percentage of taxpayers who don’t file or pay on time, or who file returns which are not accurate isn’t high, there are a lot of such returns when measured by absolute numbers. And, although each such instance of non-compliance represents lost revenue to the Canadian government, the resources needed to track down each and every instance of non-compliance simply aren’t available, especially since in many cases the amount recovered may be less than the costs which must be incurred to recover that amount.

With all of that in mind, several years ago the CRA instituted a program intended to encourage non-compliant taxpayers to come forward and put their tax affairs in order. The incentive to do so arose from the fact that, in most cases, while such taxpayers would have to pay outstanding tax amounts owed, plus interest, they would not be subject to penalties which would normally be imposed and would, in addition, avoid the risk of criminal prosecution.

That program, the Voluntary Disclosure Program (VDP), generally fulfilled its objectives but was criticized as being a means by which those who engage in deliberate tax avoidance could escape the consequences of their actions. As a result, changes were made to the VDP in March of 2018, with the effect of narrowing the eligibility criteria for the program and imposing additional conditions on participants.

The changes made in 2018 did not alter the basic requirements for participation in the VDP, which are still as follows. To qualify for relief, an application made with respect to non-compliance with income tax filing and payment obligations must:

VDP structure and what it means for you

Under the current VDP structure, there are two separate programs for income tax disclosures — the Limited Program and the General Program — and the kind and extent of relief available depends on the track to which a particular application is assigned.

While the CRA will make a determination of whether an application should proceed under the Limited or the General Program on a case-by-case basis, there are guidelines in place. The CRA’s intention is to restrict the Limited Program to instances in which applications disclose non-compliance which appears to include intentional (as distinct from inadvertent) conduct on the part of the taxpayer. In making its determination of the appropriate track for a disclosure, the factors which the CRA will consider include the following:

Those whose applications are accepted under the Limited Program will not be subject to criminal prosecution and will be exempt from the more stringent penalties which usually apply in cases of gross negligence on the part of the taxpayer. Interest on outstanding tax balances will be payable, however, and other penalties will be levied.

Such relief is generally equal to 50% of interest owed (i.e., the taxpayer will be required to pay only half of the interest charges which would otherwise be levied for those years). No interest relief will, however, be provided on tax amounts owed for the three most recent (2015-2017) taxation years. Since interest charges levied by the CRA are, by law, greater than current commercial rates and interest charged is compounded daily, having interest amounts forgiven, even in part, can make a significant difference to the overall tax bill faced by the taxpayer.

In order to benefit from the VDP, taxpayers must first make an application to the program. That application must include payment of the estimated taxes owing, as a condition of participation in the VDP. Where a taxpayer is financially unable to make that tax payment, he or she can request that the CRA consider a payment arrangement.

The decision to apply to the VDP and to “come clean” about all previous tax transgressions is one which many taxpayers may well view with trepidation. Those who are unsure about whether they want to move forward with a VDP application can take advantage of the CRA’s “pre-disclosure discussion service”. As the name implies, that service allows taxpayers to participate in preliminary discussions, on an anonymous basis”, to gain some knowledge about the VDP program, the process involved and the potential relief available.

Taxpayers who decide to move forward with an application to the VDP can complete and file Form RC199, Voluntary Disclosures Program Application, which is available on the CRA website at https://www.canada.ca/en/revenue-agency/services/forms-publications/forms/rc199.html. While the use of this form is not mandatory — a letter will suffice — there’s really no downside to using the prescribed form, and doing so will ensure that all of the needed information is provided to the tax authorities. Once the application is received, the CRA will check to make certain that the applicant is eligible to apply and that all of the required information, documentation, and payment has been sent.

The CRA will then let the taxpayer know of his or her acceptance into the VDP and the effective date of that acceptance. The next step is for the CRA to evaluate the application to ensure that the five criteria for participation in the VDP (as listed above) are satisfied and to determine the program (Limited or General) to which the application should be assigned, and the taxation year(s) for which relief is being considered. The taxpayer will be provided with that information in writing. The CRA’s advice is that taxpayers should contact them (for individual taxpayers, by calling the Individual Income Tax Enquiries line at 1-800-959-8281) if they have not heard from the CRA within four or five weeks of submitting an application.

If the decision made is that the application is not eligible for the VDP, that the necessary information, documentation, or payment was not received, that the five conditions of a valid application are not met, or that the circumstances are such that relief is not typically considered the taxpayer will also be advised in writing, with reasons, of the CRA’s decision to deny the application.

Where the decision made by the CRA is one with which the taxpayer does not agree, he or she is entitled to ask for a second review of the application. If that decision is also unfavourable, it is possible for a taxpayer to ask a court to review the decision and direct the CRA to re-consider the VDP application. However, taxpayers should be aware that the circumstances in which courts can do so are very limited and such applications to court are more often than not unsuccessful. In any case, a taxpayer who is considering a court application with respect to a decision made under the VDP should obtain legal advice before doing so.

Finally, taxpayers should recognize that the VDP Program can’t be used as a kind of “get out of jail free card” with respect to repeated failures to meet their tax filing and payment obligations. The CRA website makes it clear that the Agency expects taxpayers who have benefitted from the VDP to thereafter meet their tax obligations and a second review will be provided for the same taxpayer only in unusual situations where the circumstances are beyond the taxpayer’s control.

Detailed information on the VDP program can be found here.