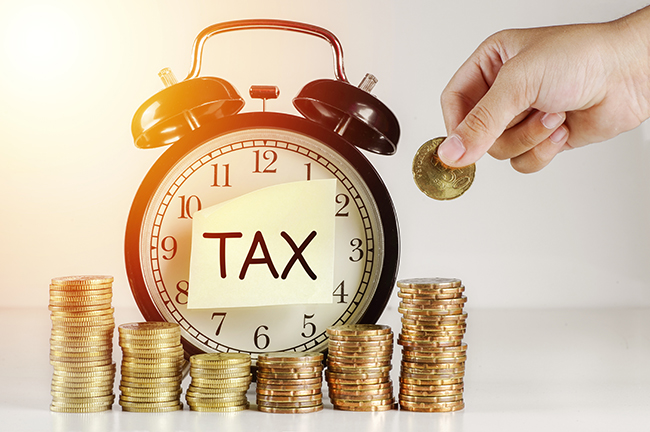 The early months of the new calendar year can feel like a never-ending series of bills and other financial obligations, especially tax-related financial obligations. Canadians must also contend with an instalment reminder received from the Canada Revenue Agency (CRA) around the middle of February. While many of those who receive such reminders are already familiar with the tax instalment process, for some the idea of paying taxes by instalment is unfamiliar and often puzzling.

For most Canadians, income taxes owed are deducted by their employer from their paycheques and remitted to the CRA on their behalf. While that system is efficient, it’s also largely invisible to the individual employee/taxpayer. The result often is that taxpayers, especially the newly retired, are surprised to find that they must make arrangements to ensure that their taxes are paid throughout the year, in order to avoid having a large tax balance owed when the return for 2018 is filed in the spring of 2019.

The instalment payment system is one way taxes can be paid throughout the year. Generally, a taxpayer will receive an instalment reminder when deductions made at source (that is, deductions made by the payor and remitted on the individual payee’s behalf to the CRA) are not made at all (as in the case of self-employment income) or are not sufficient to cover the individual’s income tax bill for the year (as often occurs with retirees, especially the newly retired). However, no matter what kind of income one receives, or the reason that sufficient tax has not been deducted at source, the options available to a taxpayer who receives such an instalment reminder are the same.

Canadian federal tax rules provide that a taxpayer may be required to pay income tax by instalments where the amount of tax which was or will be owed on filing is more than $3,000 for the current year (2018) and either of the two previous years (2016 or 2017). Essentially, the requirement to pay by instalments will be triggered where the amount of tax withheld from the taxpayer’s income is at least $3,000 less than their total tax liability for the current and either of the two previous years. This year, such instalment payments of tax are due and payable on March 15, June 15, September 17, and December 17.

An Instalment Reminder issued by the CRA in February 2018 will identify two amounts, one to be paid by March 15 and the other due by June 15. Each of those amounts represent the CRA’s best estimate, based on the taxpayer’s return filed for the 2016 taxation year, of one quarter of the net tax will which be payable by the taxpayer for 2018. The taxpayer then has the following three options.

First, the taxpayer can pay the amounts specified on the Reminder, by the respective due dates of March 15 and June 15. A taxpayer who chooses this option can be certain that he or she will not face any interest or penalty charges, even if the amount paid turns out to be less than the taxes actually payable for the 2018 tax year. If the total instalments paid turn out to be more than the taxpayer’s actual tax liability for 2018, he or she will, of course, receive a refund on filing.

Second, the taxpayer can make instalment payments based on the amount of tax which was owed for the 2017 tax year. By March 15, 2018, taxpayers will have received all the information needed to determine their tax payable for the previous year and so will be able to calculate how much tax they must pay for 2017. Where a taxpayer’s income has not changed significantly between 2017 and 2018 and his or her available deductions and credits remain the same, the likelihood is that total tax liability for 2018 will actually be slightly less than it was in 2017. That reduction in tax payable results from the fact that both income tax brackets (on which the tax rate payable is based) and tax credit amounts are both indexed to inflation, and so increase from one year to the next.

Third, the taxpayer can estimate the amount of tax which he or she will owe for 2018 and can pay instalments based on that estimate. Where a taxpayer’s taxable income will decrease from 2017 to 2018, whether through an actual reduction in income or higher than usual deductions, and there will consequently be a reduction in tax payable, this option may be worth considering.

A taxpayer who elects to follow the second or third options outlined above will not face any interest or penalty charges where there is no tax payable when the return for the 2018 tax year is filed in the spring of 2019. However, should instalments paid have been late or insufficient, the CRA will impose interest charges, at rates which are higher than current commercial rates. (The rate levied is set quarterly, and the current rate, charged for the first quarter of 2018 – until March 31, 2018 – is 5%.) As well, where interest charges are levied, such interest is compounded daily, meaning that on each successive day, interest is levied on the previous day’s interest. It’s also possible for the CRA to impose penalties, but this is done only where the amount of instalment interest charged for the year is more than $1,000.

Most Canadian taxpayers are understandably disinclined to pay their taxes any sooner than absolutely necessary. However, ignoring an Instalment Reminder is never in the taxpayer’s best interests. Those who don’t wish to have to involve themselves in the intricacies of tax calculations can simply pay the amounts specified in the Reminder. The more technical-minded (or those who want to ensure that they are paying no more than absolutely required, and are willing to take the risk of having to pay interest on any shortfall) can avail themselves of the second or third options outlined above.