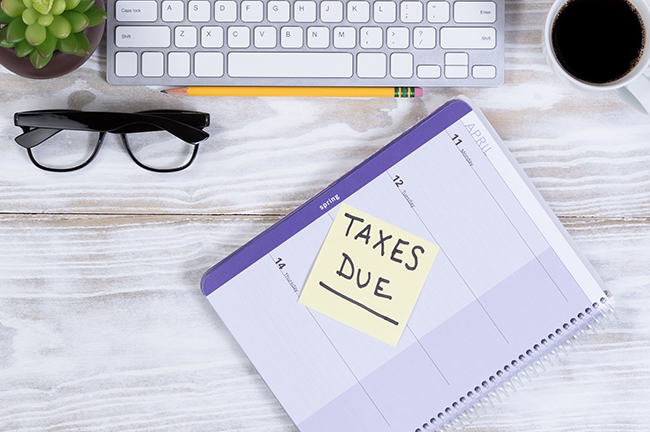 Summer is approaching us! For many families, it means the need to begin researching the availability of suitable child care or summer daytime or overnight camp arrangements for the summer months. There are many such options available to parents, but what each of those options have in common is a price tag – sometimes a steep one. Some options, like day camps provided by the local recreation authority or municipality can be relatively inexpensive, while the cost of others, like summer-long residential camps or elite level sports or arts camps, can run to the thousands of dollars.

The good news for families which must incur such expenditures is that in many cases a deduction for all or part of the costs incurred can be claimed on the tax return for the year. And, since eligible expenditures can be deducted from income on a dollar-for-dollar basis, that means that income used to pay eligible child care expenses is effectively not subject to income tax. The bad news is that some of the deductions or credits which could be claimed in recent years are no longer available.

The calculation process set out on Form T778, which is used to determine the amount of any allowable deduction from income for child care expenses incurred can seem quite complex. However, at the end of the day, the amount of child care expenses which can be deducted is the least of three numbers, and only one of those numbers requires a calculation. The steps involved in doing so are as follows.

First, the amount of any deduction for child care expenses is limited to two-thirds of the taxpayer’s “earned income” for the year. The income figure used to calculate the two-thirds figure is, generally, the amount shown on Line 150 of the annual tax return. Where the family incurring child care expenses is a two-income family, and both spouses are working, the claim is made by the spouse with the lower net income, and consequently his or her net income is used to determine the two-thirds of income figure.

The second figure to be determined is the amount actually paid for eligible child care costs during the year. While virtually any licensed child care arrangement will qualify, more informal arrangements may not. Specifically, no deduction is available for amounts paid to most family members to provide child care. So, it’s not possible for a working spouse to pay the stay-at-home parent to provide child care, nor is it possible to pay an older sibling who is under the age of 18 to provide such services, and to claim a deduction for those expenses incurred. As well, where a claim is made for a deduction for child care expenses on the annual return, the claimant must obtain (and be prepared to provide to the tax authorities) the social insurance number of the individual providing the care as well as a receipt showing the amounts paid, whether to an individual or an organization.

The third figure to be determined is the one which requires some calculation. Basically, the rules governing the deduction of child care expenses impose a maximum deduction per child per year (referred to as the “basic limit”), with that basic limit dependent on the age and health of the particular child. As well, where expenses are incurred for overnight camps or boarding schools, the amount deductible for such costs is similarly capped.

For 2018, the following overall limits apply:

Similar restrictions are placed on the amount of costs which can be deducted for overnight camp or boarding school fees, and those are as follows:

Taking all of these figures into account, the computation of a deduction for child care expenses for a typical Canadian family would look like this.

A two-income family has two children and both parents are employed. One spouse earns $60,000 per year, while the other earns $45,000. In 2018, one child is nine years old and the other is five. Neither child is disabled. Both children are in full-day school and so, during the school year, the family pays $400 per month for each child for after-school care. During the eight weeks of summer school vacation, both of the children attend a local full-day summer camp, for which the cost is $250 per week per child.

Total child care expenses for the year for each child is therefore $6,000.

The total deduction available for child care expenses incurred for the 2018 tax year will therefore be $5,000 plus $6,000, or $11,000. That deduction is calculated on Form T778 and the deduction amount transferred to Line 214 of the tax return filed by the lower-income spouse for 2018 year, reducing his or her taxable income from $45,000 to $34,000, and resulting in a federal tax savings of about $1,650. The same deduction is claimed as well for provincial tax purposes, and the amount of provincial tax saved will depend on the tax rates imposed by the province in which the family lives.

In previous years, parents were also able to claim two other federal tax credits – the Children’s Fitness Tax Credit and the Children’s Arts Tax Credit – in respect of qualifying costs incurred. Unfortunately, those credits were reduced as of the start of the 2016 tax year and were entirely eliminated as of the beginning of 2017. Consequently, no such credits can be claimed for formerly eligible costs which are incurred during 2018.

Parents wishing to find out more about the child care expense deduction, and perhaps to calculate the maximum deduction which will be available to them for the 2018 tax year should consult Form T778 E (17). That form, which includes detailed information on the rules governing the deduction and how to make the claim, can be found on the Canada Revenue Agency website at https://www.canada.ca/en/revenue-agency/services/forms-publications/forms/t778.html.

The information presented is only of a general nature, may omit many details and special rules, is current only as of its published date, and accordingly cannot be regarded as legal or tax advice. Please contact our office for more information on this subject and how it pertains to your specific tax or financial situation