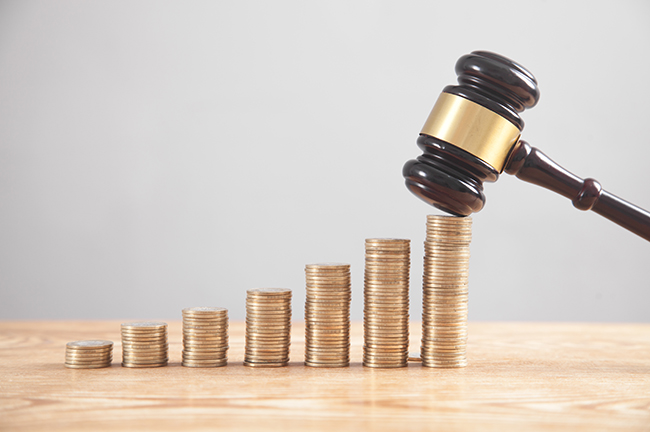 In most cases, the need to seek out and obtain legal services (and to pay for them) is associated with life’s more unwelcome occurrences and experiences — a divorce, a dispute over a family estate, or a job loss. The only thing that mitigates the pain of paying legal fees (apart, hopefully, from a successful resolution of the problem that created the need for legal advice) would be being able to claim a tax credit or deduction for the fees paid.

Unfortunately, while there are some circumstances in which such a deduction can be claimed, those circumstances don’t usually include the routine reasons — purchasing a home, getting a divorce, establishing custody rights or seeking legal advice about making a will or managing a family estate — for which most Canadians incur legal fees. Generally, personal (as distinct from business-related) legal fees become deductible for most Canadian taxpayers only where they are incurred to recover amounts which they believe are owed to them, and where those amounts involve employment or employment-related income or, in some cases, family support obligations.

The first situation in which legal fees paid may be deductible is that of an employee seeking to collect (or to establish a right to collect) salary or wages. In all Canadian provinces and territories, employment standards laws provide that an employee who is about to lose his or her job (for reasons not involving fault on the part of the employee) is entitled to receive a specified amount of notice, or salary or wages equivalent to such notice. In many cases, however, the employee can establish a right to a period of notice (or payment in lieu) greater than the statutory minimum. The amount of notice or payment in lieu of notice which is payable can then become a matter of negotiation between the employer and its former employee, and such negotiations usually involve legal representation and consequently, legal fees. In that situation, legal fees incurred by the employee to establish a right to amounts allegedly owed by the employer are deductible by that former employee. If a court action is necessary and the Court requires the employer to reimburse its former employee for some or all of the legal fees incurred, the amount of that reimbursement must be subtracted from any deduction claimed. In other words, the former employee can claim a deduction only for legal fees which he or she was personally required to pay in order to collect wages or salary owed and for which he or she was not reimbursed.

In some situations, an employee or former employee seeks legal help in order to collect or to establish a right to collect a retiring allowance or pension benefits. In such situations, the legal fees incurred can be deducted, up to the total amount of the retiring allowance or pension income actually received for that year. Where part of the retiring allowance or pension benefits received in a particular year is contributed to an RRSP or registered pension plan, the amount contributed must be subtracted from the total amount received when calculating the maximum allowable deduction for legal fees. However, where all legal fees incurred can’t be claimed in the current year, they can be carried forward and claimed on the return for any of the seven subsequent tax years.

The rules covering the deduction of legal fees incurred where an employee claims amounts from an employer or former employer are relatively straightforward. The same, unfortunately, cannot be said for the rules governing the deductibility of legal fees paid in connection with family support obligations. Those rules have evolved over the past number of years in a somewhat piecemeal fashion. The current rules are as follows.

Legal fees incurred by either party in the course of negotiating a separation agreement or obtaining a divorce are not deductible. Such fees paid to establish child custody or visitation rights are similarly not deductible by either parent.

On the payment side of the support payment/receipt equation, the situation is not nearly so favourable, as a deduction for legal fees incurred will not generally not be allowed to a person paying support. More specifically, as stated in the CRA guide, a person paying support cannot claim legal fees incurred in order to “establish, negotiate or contest the amount of support payments”.

Finally, where the Canada Revenue Agency reviews or challenges income amounts, deductions or credits reported or claimed by a taxpayer for a tax year, any fees (which in this case includes accounting fees) paid for advice or assistance in dealing with the CRA’s review, assessment or reassessment, or in objecting to that assessment or reassessment, can be deducted by the taxpayer. A deduction can similarly be claimed where the taxpayer incurs such fees in relation to a dispute involving employment insurance, the Canada Pension Plan or the Quebec Pension Plan.

Tax questions? Get in touch with one of our experts.