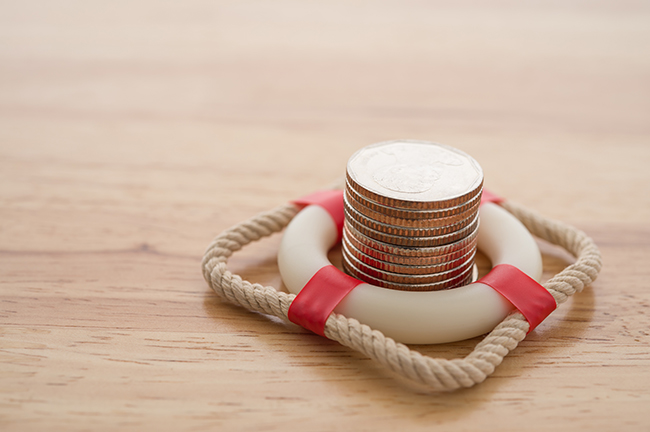 Most Canadians file and pay on time, but there are exceptions. In some cases, the failure to file or pay by the deadline is a deliberate choice on the part of the taxpayer but such failure can also occur for reasons or circumstances which are outside of the taxpayer’s control. And, in such circumstances, there is relief available from the interest and penalty charges which would usually be levied.

That relief is provided through the Taxpayer Relief Program offered by the Canada Revenue Agency (CRA). Under that program, the revenue authorities can waive any interest and penalty charges that would ordinarily result from a failure to file or pay on time. The basic criteria for such relief is that the taxpayer’s failure to file or pay on time was caused by or was the result of circumstances that were beyond the control of the taxpayer, and so prevented them from complying with their tax obligations.

The circumstances which will justify relief can be personal in nature and specific to the taxpayer or can be the result of events affecting a large number of individuals. For the past few years those large-scale events have been, for the most part, recurring weather or climate related disasters. Whether it was forest fires in the Western provinces or spring floods in Central Canada and the Maritimes, taxpayers in virtually every province have been affected, and often displaced, by such weather events. As well, such events typically take place during the spring and summer months, which coincides with the deadlines for tax filing and payment.

For anyone facing circumstances which threaten their economic or physical well-being dealing with tax obligations is, understandably, far down the list of priorities. And, in many instances, such individuals don’t, in any case, have access to their tax records or such records have been destroyed. This year, as in previous years, the federal government has issued a press release reminding individuals affected by this spring’s floods that they can apply for relief under the Taxpayer Relief Program, to ensure that they are not unfairly penalized when they can’t meet their tax obligations on a timely basis. That press release can be found at https://www.canada.ca/en/revenue-agency/news/2019/04/government-of-canada-offers-taxpayer-relief-to-canadians-affected-by-flooding.html.

Where the failure to meet tax obligations arises from unavoidable personal circumstances, those circumstances can include anything from personal or family illness or death to financial hardship. It’s important to note that, whatever the reason for the application, only interest and penalty charges can be waived. The Minister has no authority, no matter how dire the circumstances, to waive the payment of actual taxes owed. It’s also the case that, regardless of the reason for the application for relief, the process is the same.

The CRA issues a prescribed form – RC4288, Request for Taxpayer Relief, which can be found on the CRA website at https://www.canada.ca/en/revenue-agency/services/forms-publications/forms/rc4288.html. While use of the form is not mandatory — a letter to the CRA will suffice — using the prescribed form will ensure that all of the information needed by the Agency to make a decision on the request for relief is provided. For each such request, that information includes:

In addition, where the relief request is based on financial hardship, the taxpayer must provide full financial disclosure, including statements of income and expenses. In order to provide full financial disclosure, the CRA recommends that taxpayers use Form RC376, Taxpayer Relief Request — Statement of Income and Expenses and Assets and Liabilities for Individuals. That form is available on the CRA website at https://www.canada.ca/en/revenue-agency/services/forms-publications/forms/rc376.html.

All relief requests are to be sent to a particular Tax Centre or Tax Services Office, depending on the taxpayer’s province of residence. A listing of the addresses of all such Centres and Offices is available on the CRA website at www.cra-arc.gc.ca/gncy/cmplntsdspts/sbmtrqst-eng.html, and the same information is included on the RC4288 form. The request cannot be e-mailed, as the CRA does not communicate taxpayer-specific information by e-mail.

Each relief request is assigned to a CRA official, who may, if necessary, contact the taxpayer to obtain clarification of the information provided, or to seek additional information. In any case, a determination will be made of whether the taxpayer’s request for interest or penalty relief is to be approved in full, approved in part, or denied, based on the following considerations:

The decision made will be communicated to the taxpayer, with reasons provided where the request is only partially approved, or is denied. At the same time, the taxpayer will be given information on the options available where the CRA has made a decision with which the taxpayer does not agree.

Finally, when a natural or man-made disaster occurs, individuals living in the immediate area are clearly those most affected, but they are not the only ones. The press release issued recently by the CRA noted that first responders who work to help in such circumstances may also seek relief under the program, where such work has meant that they were unable to meet their tax filing and/or payment obligations.