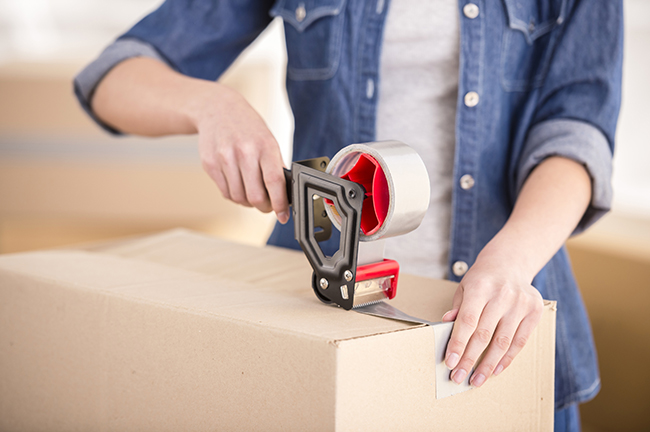 In order to be tax deductible, moving costs must be incurred in specific and relatively narrow circumstances. Our tax system allows taxpayers to claim a deduction only where:

Our tax system does not allow taxpayers to claim a deduction where:

It’s not necessary to be a homeowner in order to claim moving expenses. The list of moving-related expenses which may be deducted is basically the same for everyone — homeowner or tenant — who meets the 40-kilometre requirement. Students who are moving to take a summer job (even if that move is back to the family home) can also make a claim for moving expenses where that move meets the 40-kilometre requirement.

It’s important to remember, however, that even where the 40-kilometre requirement is met, it is possible to deduct moving costs only from employment or self-employment (business) income earned at the new location — there is no deduction possible from other types of income, like investment income or employment insurance benefits.

Within the general rule, there are a number of specific inclusions, exclusions, and limitations. The following is a list of expenses which can be claimed by the taxpayer without specific dollar figure restrictions (but subject, as always, to the overriding requirement of “reasonableness”).

It sometimes happens that a move to the new home takes place before the old residence is sold. In most such circumstances, the taxpayer is entitled to deduct up to $5,000 in costs incurred for the maintenance of that residence while it is vacant and efforts are being made to sell it. Specifically, costs including interest, property taxes, insurance premiums, and heat and utilities expenses paid to maintain the old residence while efforts were being made to sell it may be deducted. If any family members are still living at the old residence, or it is being rented, no deduction is available. As well, a claim for such home maintenance expenses is not allowed where the taxpayer delayed selling, for investment purposes or until the real estate market improved.

It may seem from the forgoing that virtually all moving-related costs will be deductible; however, there are some costs for which the Canada Revenue Agency (CRA) will not permit a deduction to be claimed, as follows:

To claim a deduction for any eligible costs incurred, supporting receipts must be obtained. While the receipts do not have to be filed with the return on which the related deduction is claimed, they must be kept in case the CRA wants to review them.

Anyone who has ever moved knows that there are an endless number of details to be dealt with. In some cases, the administrative burden of claiming moving-related expenses can be minimized by choosing to claim a standardized amount for certain types of expenses. Specifically, the CRA allows taxpayers to claim a fixed amount, without the need for detailed receipts, for travel and meal expenses related to a move. Using that standardized, or flat rate method, taxpayers may claim up to $17 per meal, to a maximum of $51 per day, for each person in the household. Similarly, the taxpayer can claim a set per-kilometre amount for kilometres driven in connection with the move. The per-kilometre amount ranges from 45 cents for Alberta to 60.5 cents for the Yukon Territory. In all cases, it is the province or territory in which the travel begins which determines the applicable rate.

Once eligibility for the moving expense deduction is established, the rules which govern the calculation of the available deduction are not complex, but they are very detailed. The best summary of those rules is found on the form used to claim such expenses — the T1-M, which was updated and re-issued by the CRA in January of this year. The current version of the form can be found on the CRA’s website at https://www.canada.ca/content/dam/cra-arc/formspubs/pbg/t1-m/t1-m-17e.pdf, and more information is available at www.cra-arc.gc.ca/tx/ndvdls/tpcs/ncm-tx/rtrn/cmpltng/ddctns/lns206-236/219/menu-eng.html. Details of the allowable amounts which may be claimed for standardized moving-related meal and travel expenses can also be found on the CRA’s website.