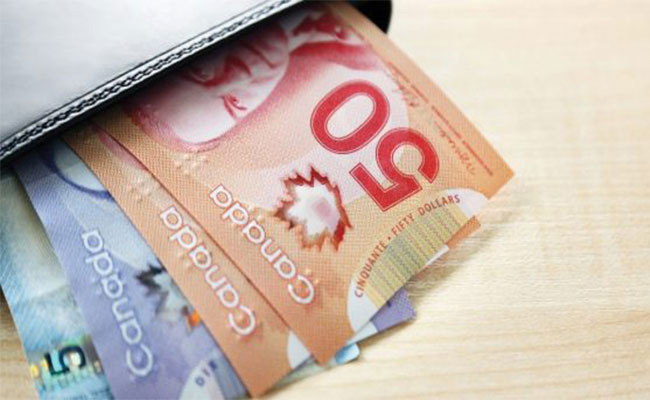 Finance Minister Bill Morneau announced proposed changes to the Canada Emergency Wage Subsidy (CEWS) program to provide support to employers for employees wages since March 15 as part of the government’s overall COVID-19 Economic Response Plan. Originally in place until June 6, the CEWS was extended to August 29 and is now being proposed to be extended to December 19 – four additional 4-week claim periods (Periods 5-9). The proposal released Friday has details related to the July 5 to November 21 claim periods, with the November 22 – December 19 period details to be released later. All claims must now be submitted before February 2021.

For most of the claim periods to July 4, an employer must have experienced a revenue decrease of at least 30% in order to qualify, and all employers meeting the eligibility criteria receive the same level of maximum subsidy funding per employee (75% of $1,129, or $847 per week). The subsidy maximum was triggered regardless of how significant the revenue decrease was below 30%, and no subsidy was received if the threshold was not met. This rigid 30% threshold was seen as a disincentive to growth as employers may forgo opportunities for potentially increased business operations – which would normally include hiring more staff and expanded economic activity for their suppliers – if it meant they would rise above the 30% threshold and therefore lose the CEWS funding.

Providing continued support to the economy as it continues to recover, removing an employers’ disincentive to grow revenue, and focusing additional funding on industries most adversely affected by COVID are the stated goals for the proposed changes. However, the government also wants to reduce their cost of the CEWS so they are implementing a gradual reduction in the maximum subsidy claim over the next five 4-week claim periods (starting July 5 and ending November 21) with details for the November 22 – December 19 period not released yet. The maximum weekly amount of wages eligible for the subsidy has not changed from $1,129/week.

Under this proposal, the CEWS would have two components – a “base subsidy” for any employer with a decline in revenue in the claim period, and a “top-up subsidy” for employers with more significant declines in revenue over a longer time frame. The combined subsidy amount would apply to active employees, with furloughed employees subject to a separate calculation. As well, employees who are without remuneration from the employer-claimant for more than 14 days will no longer be excluded from the definition of “eligible employee” and their wages would be eligible for CEWS support.

The maximum base subsidy would be available to employers with revenue decline of at least 50% in each claim period, but the amount of the base subsidy would decrease over time – 60% in Periods 5 and 6, 50% in P7, 40% in P8 and 20% in P9. Employers with less than 50% decline in revenue would receive a subsidy percentage based on their specific decline. In P5 and P6, the maximum subsidy would be 1.2x the percentage decline, 1.0x in P7, 0.8x in P8 and 0.4x in P9. Therefore a 20% revenue decline in July would result in a 24% maximum wage subsidy – or $270 if the employee was eligible for the maximum subsidized wage amount. That same 20% revenue decline in October would result in a 16% maximum wage subsidy – or $181 of CEWS benefit.

In addition to the base subsidy, employers who experienced an average revenue decline of more than 50% in the previous 3 month period would have their maximum CEWS subsidy rate increased by up to 25% over the base subsidy amount. Employers with an average revenue decline of 70% or more would receive the full 25% addition, with average declines between 50% and 70% receiving a proportionate amount of the 25% addition to any eligible base subsidy amount.

Going forward, the employer’s current period CEWS rate will be based on the greater of their current monthly revenue decline, and their previous month’s revenue decline, providing a more stable support amount and avoiding a sudden decrease in support when revenues increase. Employers will retain the ability to choose how they calculate their revenue decline – cash or accrual basis of accounting, current month comparison to either the prior year or their Jan/Feb 2020 average – but will have the ability to use different calculation methods in Periods 1-4 and Periods 5-9 if they wish.

The end result of the proposals would be to expand the CEWS support to more employers for a longer period of time, but also gradually reduce the amounts paid on behalf of each employee. The legislative changes will need to be passed by Parliament (introduction and First Reading were done today) and there is no definitive time frame for that process to be completed, however, Period 5 will end August 1 so it will be important for employers to receive certainty on the potential benefits available when making their business decisions.

These proposals are complex and potential claimants should be sure they understand them fully before making a CEWS claim for any relevant claim period. More details on the proposed changes and example calculations are available in the Department of Finance release.